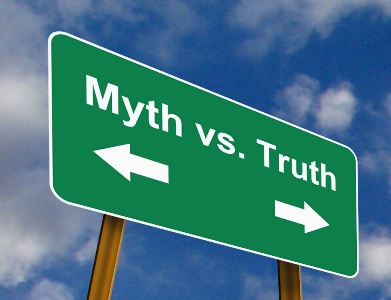 Gov. Mike Pence recently released a campaign commercial highlighting what he considers his positive record on education in Indiana. His wife, Karen, was the messenger. One could argue that his commercial contains more electoral mythology than actual truth. Here are some facts clarifying Pence’s record on education:

“Education is a priority for Mike….increased funding for K-12 public schools.”

Pence’s education priorities have centered on expanding charter schools and increasing spending on private school vouchers. Let’s look at some facts instead of self-serving hyperbole.

Let’s not forget, these amounts don’t just fund our traditional community-based public schools, but now must also cover a growing number of corporate-run charter schools and Indiana’s, largest-in-the-nation, private school voucher program. The General Assembly — not the governor —enacted a 2.3 percent increase in year one followed by another 2.3 percent increase in year two.

Why couldn’t the governor offer up more funding for K-12 public schools? He was also busy proposing an additional, $1,500 per student for charter schools and increasing both private school voucher amounts and tax credits for the rich to fund private school tuition subsidies.

Instead of the $10 million pre-K pilot program, which only serves five counties and up to 4,500 4-year-olds (of the 41,000 projected in need), Pence eschewed applying for and receiving a four year, $80 million federal grant in 2014. Not only did his decision dramatically slow the momentum for a viable pre-K program for low-income families all across Indiana, it reduced Hoosier taxpayers’ return on their investment with the federal government. When Indiana turns down federal tax dollars, other states’ taxpayers benefit leaving Hoosier taxpayers’ without their fair share.

Yesterday, Gov. Pence flip-flopped on this issue with a letter to the federal government expressing new-found interest in federal funding for the pre-K program under the recently passed Every Student Succeeds Act. ISTA President Teresa Meredith responded.

“Test scores are going up. Graduation rates are up.”

Scores from one or more of the dozens of tests students take are up, as a result of hard work of educators and students, but when policymakers allude to test scores being up, Hoosiers believe they are talking about ISTEP; and, the latest ISTEP data suggests something different.

Thanks to Gov. Pence’s politically motivated decision to change Indiana’s academic standards, the state was forced to hastily create an all-new ISTEP test based on new standards which predictably caused students’ scores to drop. Indiana had to hold schools harmless for the 2015 - 16 school year as a result of poor ISTEP test scores.

We understand that it is political season in Indiana, but our state’s children, our public schools and Hoosiers everywhere should be protected from election year politics and historical rewrites.